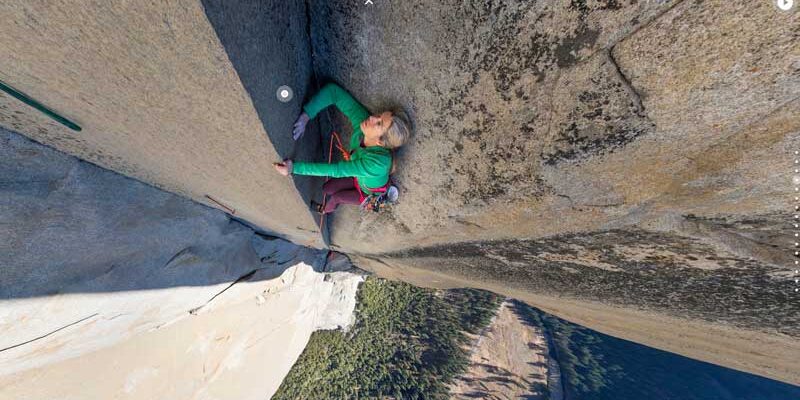 It is now possible to walk the miic via The Nose as if it were a Street View street. Is this the future of climbing sketches?

As most of you will know, Google Street View technology tries to take several photos taken by a specially prepared car and with software that synchronizes the images, turning them into 360-degree panoramas. In El Capitan, Yosemite, they have used the same technique, but instead of a vehicle they have used the climbers themselves and the professionals from BigUp Productions and Sender Films to lift the cameras up the wall.

This El Capitan project for Google Maps consists of two parts. First, in the 23 panoramic wall photos, Google’s camera was attached to the wall via a tripod. By mousing across these panoramic images, we can see Lynn Hill, Alex Honnold, and Tommy Caldwell climbing at various points along the route.

In the second part, the complete climb of The Nose is done. To obtain images of this large spur, Alex Honnold carried the Google Earth camera in his backpack, which, with the help of a timer, took automatic snapshots every few meters. In fact, it is a combination of six cameras, weighing a total of less than 4.5 kilograms.

Check the result for yourself in the link below: