Prohibition of climbing in Etxauri 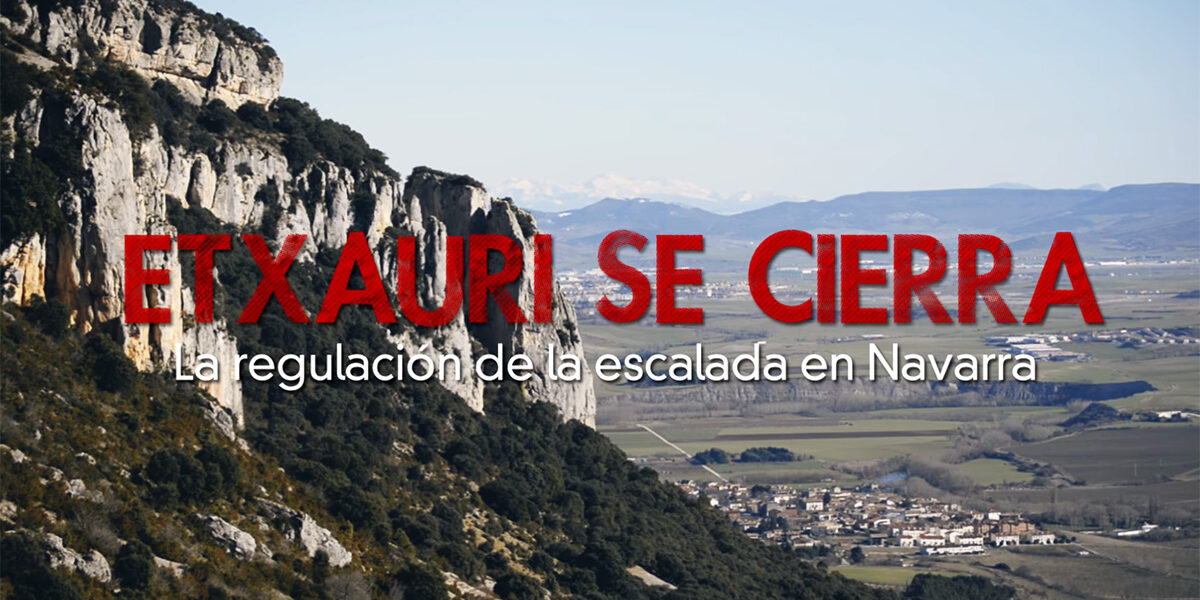 “Etxauri se cierra” is a piece taken from Prohibido escalar, a documentary on Sustainable Climbing directed by Zaunka.

Etxauri is the great Navarran climbing area. With ascents documented since 1902, all the generations of mountaineers and climbers from Navarre, and to a large extent from Gipuzkoa, Biscay, Alava and Rioja, have forged themselves on these limestone walls that rise just fifteen kilometers from Pamplona. Due to its height, rock quality, number of routes (more than a thousand) and the exclusive and mild climate enjoyed between the Goñi and Valdizarbe valleys, Etxauri is considered one of the five best climbing areas on the Peninsula.

At the end of 2013, the Department of Rural Development and the Environment of the Government of Navarra announced a proposal to regulate climbing in the region; At the same time, a European fund, also managed by the Government of Navarre, was allocated to the reintroduction of the Bonelli’s eagle in some of the community’s rocky outcrops, including Etxauri. Both projects have led to a threat of closure –permanent and inflexible– of a good part of the walls, including the most popular and historical sectors.

In response to this situation and the opacity of the Administration, the Navarrese climbers founded DENA (Dibertsiatea eta Eskalada Nafarroan / Diversidad y Escalada en Navarra), an association that, together with the Mountain Sports Federation of Navarra, fights to re-establish dialogue with the environmental authorities. En Etxauri se cierra. The regulation of climbing in Navarra, Navarran mountaineers and other voices affected by and aware of the conflict demand transparent environmental management, demand fair and consensual regulation, and defend, with arguments, that the conservation of biodiversity is compatible with climbing.

Etxauri closes is a piece taken from Prohibido escalar, a documentary on Sustainable Climbing directed by Zaunka, with the collaboration of Canalillo Films, which will soon be released. It reflects the complex relationship between climbing and climbers with a social, environmental, cultural, political and economic reality.